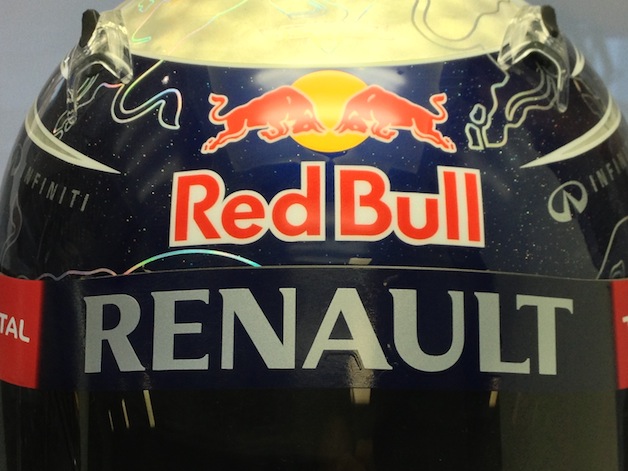 The small town of Milton Keynes in Buckinghamshire, home to 200’000 people and over 300 roundabouts, is one like many others; except for one detail: it is home to Red Bull Racing, the current Formula One triple world constructors and drivers champion. With the new season about to kick off (14-17 March), it was time for a visit at the factory to inspect the preparations.

It was less a bit more than two months ago, after a more than dramatic race in São Paolo that the entire team fell into a collective state of ecstasy: Sebastian Vettel’s fifth place finish was enough to crown him not only the youngest triple world champion in the history of the sport but also make him a member of an elite circle of only three drivers who managed to achieve three consecutive titles, Juan Manuel Fangio and Michael Schumacher being the other two. 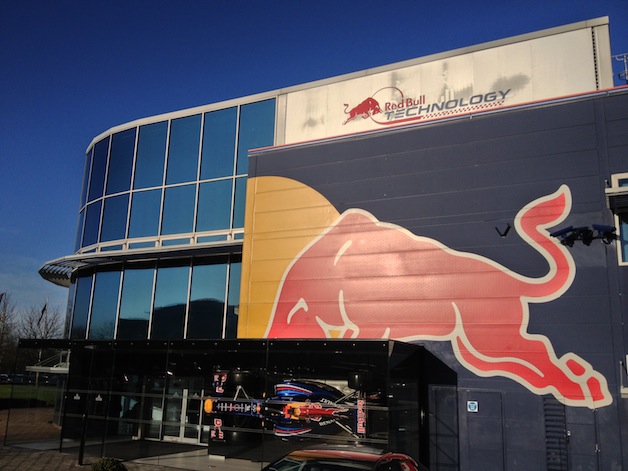 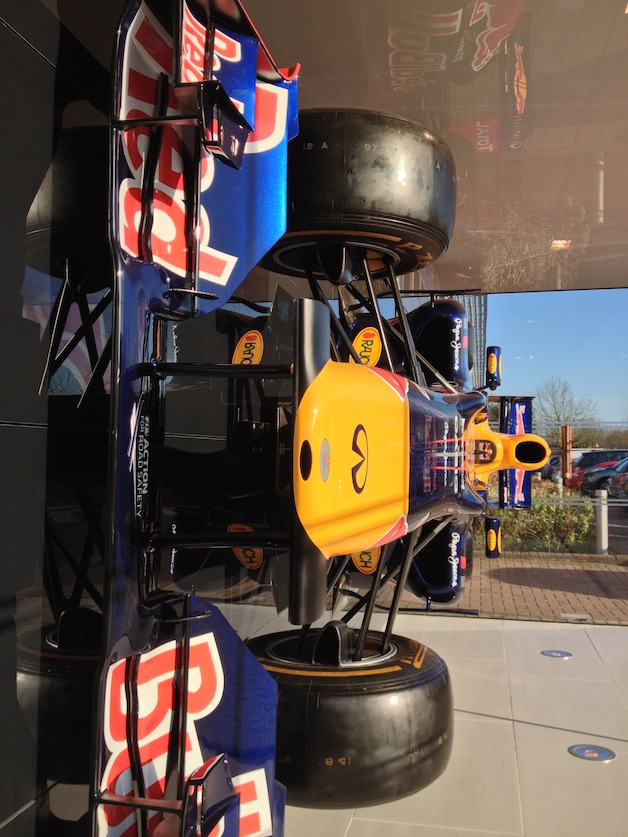 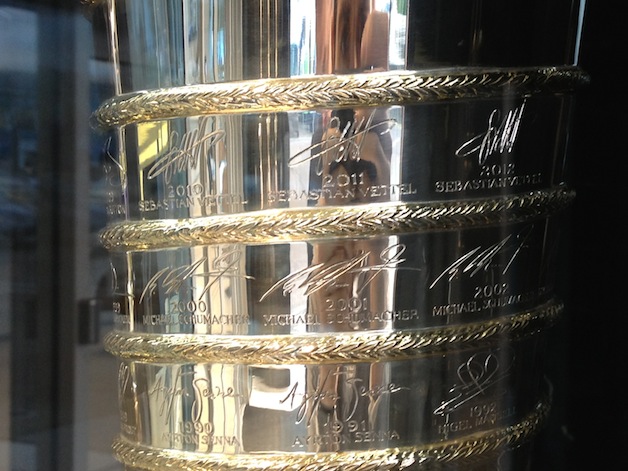 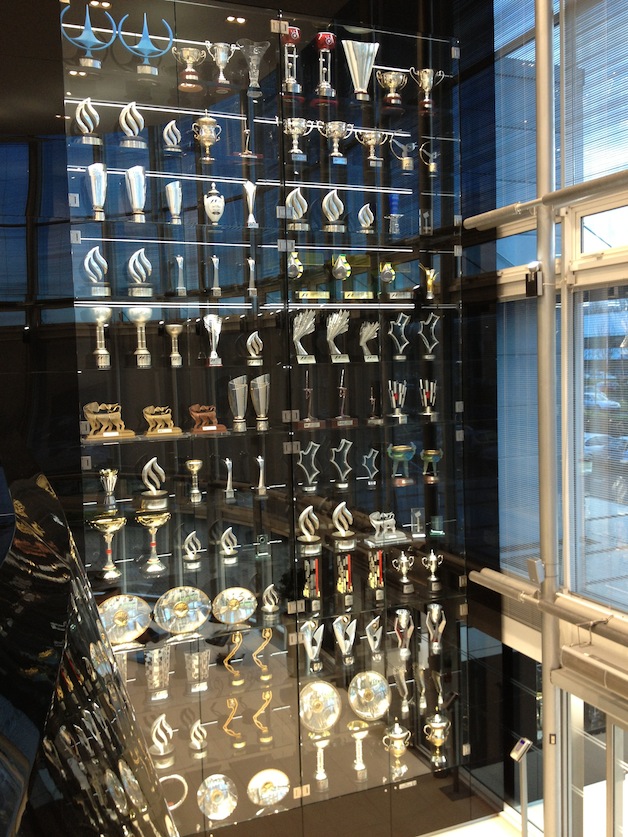 The wake of the recent triumph can still be felt in Milton Keynes and a newly built reception area duly reflects the success, showcasing an impressive collection of over 100 trophies received in the seven year history of the team. It’s a total of 80 podiums, including 34 victories – 12 of which were double victories – in 146 races to date, an impressive statistic, especially as the team was not really taken for real in the beginning, as Head of Marketing Dominik Mitsch explains: “Red Bull were considered a party team and nobody took our ambitions of winning really seriously.”
I meet Marcus Prosser, a former pitman who shows me round the factory complex. All the questions I had accumulated over the years I have been following Formula One just spill out and Marcus is as patient as he is knowledgable to satisfy my curiosity. Although I would love to snap up everything here, due to the sensitive nature of the developments it’s strictly no photos past the reception. 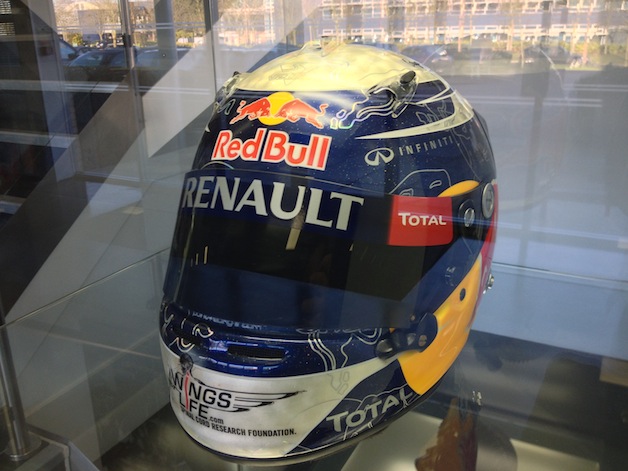 We follow the design path of the new car, the RB9, starting at Team Principal Christian Horner’s office, past the gigantic drawing board where the Chief Technical Officer, aerodynamics mastermind Adrian Newey designs and re-designs every single component, through the desks of the 150+ strong team who convert his drawings into CADs, and down to the factory floor where the actual pieces, parts, and moulds (including the tools to make them) are manufactured. 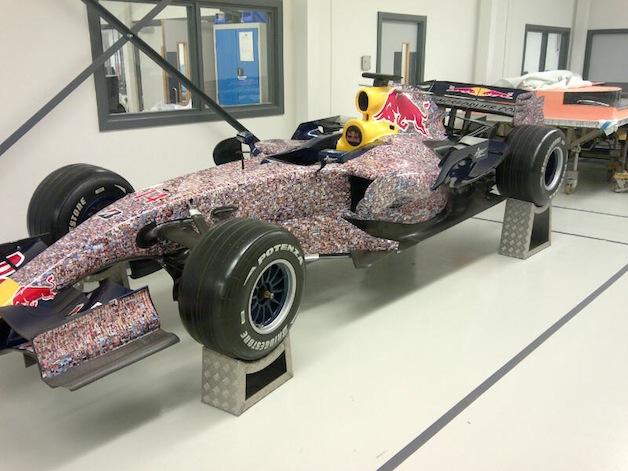 “It’s not like you can run down to your local Halford’s to buy the tools we need here, we have to make everything ourselves”, Marcus points out. Down past the aero team, who prepare scaled down parts of the car for wind tunnel testing we pass an old RB7 with the iconic Wings for Life charity paint job before I get a quick glimpse at the RB9’s brand new carbon-fibre chassis as it is being removed from the mould it was baked in. “The RB9”, Marcus explains, “is not an entirely new car but a cousin of the RB8.” With a range of new regulations coming into effect for 2014, including new engines, a completely new car will only be launched for the 2014 season. 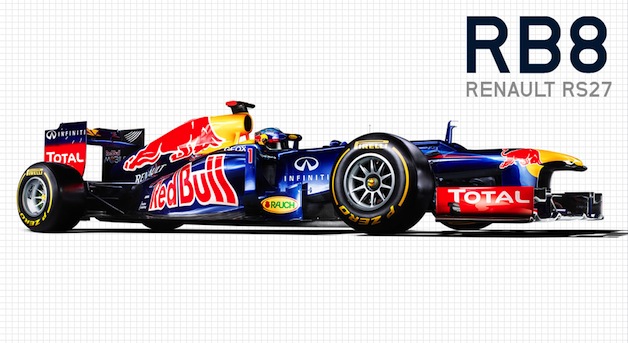 Further down is an area that looks more like a pharmaceutical laboratory than a car factory, hermetically sealed off from any dust, where white coat clad engineers oversee various components being made. In fact the entire factory is so clean you could lick your Red Bull off the floor, it’s clinical.

We pull in for a pit stop at Blanchimont, the in-factory coffee shop named after the legendary high-speed lefthand turn at the Spa-Francorchamps, before continuing our tour in the actual assembly shop, where all the pieces are finally being put together. This gigantic hall features assembly bays for both drivers’ cars, complete with Red Bull fridges built into the tool drawers. A practice pit stop is also set up, where the crew train to perform wheel changes and car adjustments with surgical precision. “A sub 3-second pit stop is the norm by now”, Marcus tells me. 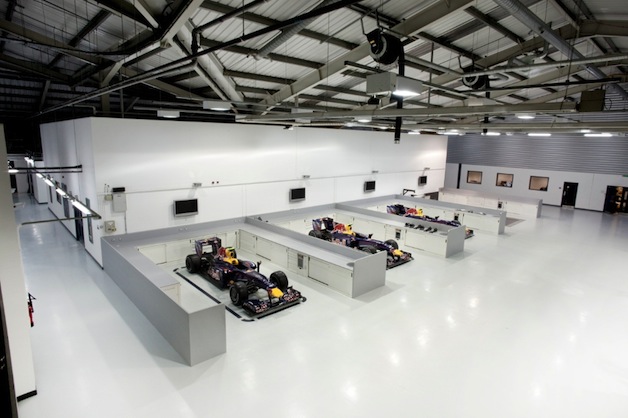 As engine parts, suspensions, gear boxes, and other parts ready for assembly are being ushered past under protective blankets, we leave the factory. The sun is out on this rainy day in Milton Keynes and there is an unusual silence as we head back to reception. Not much longer though and the RB9‘s engine sound will be roaring through the compound, ready for battle. The new car will be revealed to the press this Sunday, 3 February and until then it’s all hands on deck for the final touches. While the pressure is certainly on, everyone I meet is confident and ready for what promises to be an exciting season.

Bring it on! Best of luck, boys!