a road trip through andalusia

I can’t say I knew much about Andalusia; at best I would answer ‘flamenco’ and ‘horses’ if asked what the region was known for. Sparked by a recent conversation I was curious what it really had to offer and so I embarked on a road trip through what is officially known as the Autonomous Community of Andalusia.

While I didn’t see any horses really, or much flamenco for that matter, I did find a region with an extraordinary history, impressive architecture and beautiful people.

One thing I learned soon was the origin of the name Andalusia itself, which derives from al-andalus, the medieval Muslim state occupying parts of what today is Spain, Portugal and even some areas of modern France. I must have been ill the day we covered that in school because this was all news to me.

My first destination after landing in Malaga was Granada, best known for the Alhambra, the impressive Moorish citadel and palace. Occupying a small plateau on the south Eastern border of Granada, it is one of the most renowned buildings of the Andalusian Islamic heritage. While it’s fortified walls date back to the 11th century it was only in the 14th century that the then sultans turned it into a lavish palace, citadel and residence.

Although there are plenty of accommodations available within the Alhambra I decided to stay downtown. Do stay at the contemporary, yet cozy Villa Oniria, a small 19th century palace right in the city centre.

The next leg of my trip led me to Córdoba and while there are Córdobas in Argentina, Mexico and Colombia, this one is the real deal – the original city with this name. An Iberian and Roman city in ancient times, it is said to have been the world’s most populous city in the 11th century and subsequently became the intellectual centre of Europe. It was during these times that Córdoba also became the capital of the Islamic Caliphate of Córdoba.

One of the most prominent remnants of that time is the Great Mosque of Córdoba, the Mezquita, one of the most accomplished monuments of Islamic architecture. Originally a pagan temple, then a Christian church, it was turned into a mosque by the Moors, only to be reconverted into a Roman Catholic church and cathedral during the 13th century Reconquista, the Spanish re-taking of the Iberian Peninsula from the Moors. 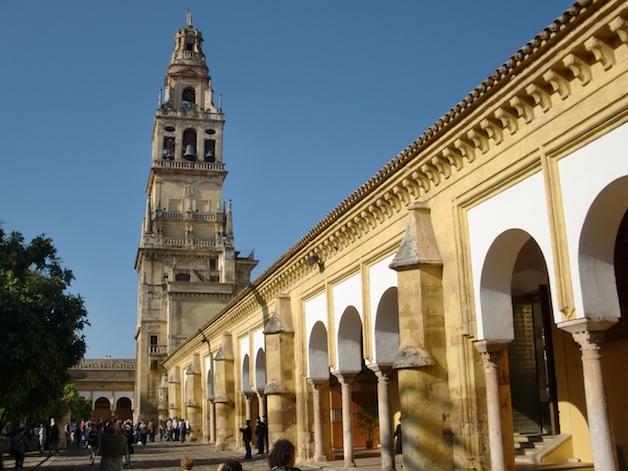 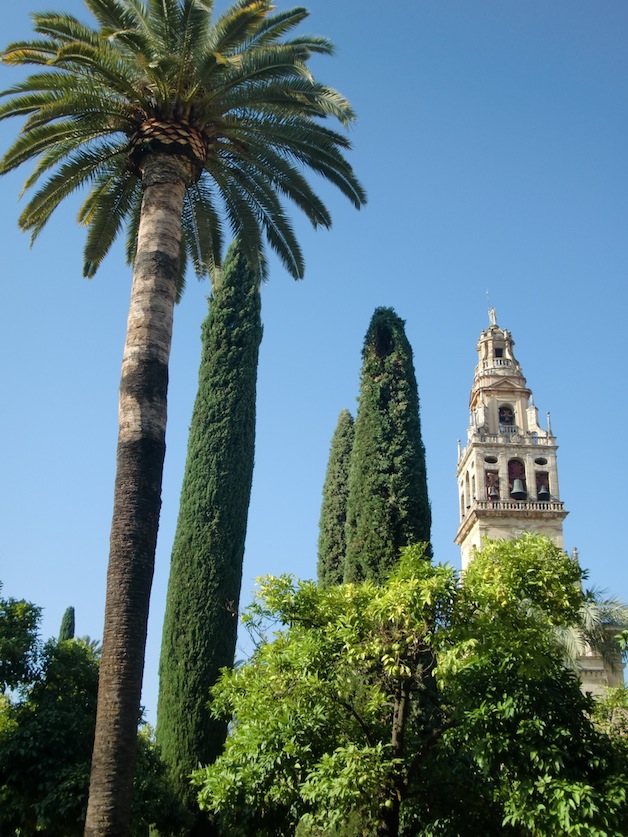 An easy 10 minute stroll from the Mezquita through the UNESCO World Heritage centre you find the Hospes Palacio del Bailio, a boutique hotel built between the 16th and 18th century that is a UNESCO World Heritage itself. Ask for the Don Quijote Suite for a unique, oval shaped and frescoed room overlooking the courtyard. And if you ask nicely, you’ll be led down to the historic Roman ruins found under the main restaurant.

The last stage of my rally led me to Seville, the capital of Andalusia. Out of the three cities, Seville was definitely my favorite, mostly because of the lively atmosphere around the famous cathedral in the centre of town, where little bodegas, bars and restaurants are filled with locals having a late tapas lunch. The cathedral, built on the former site of the city’s mosque after the Reconquista is one of the largest medieval and Gothic cathedrals. Most interestingly, some of the mosque’s original elements were re-used in its construction, such as the former minaret, which was converted into a bell tower. 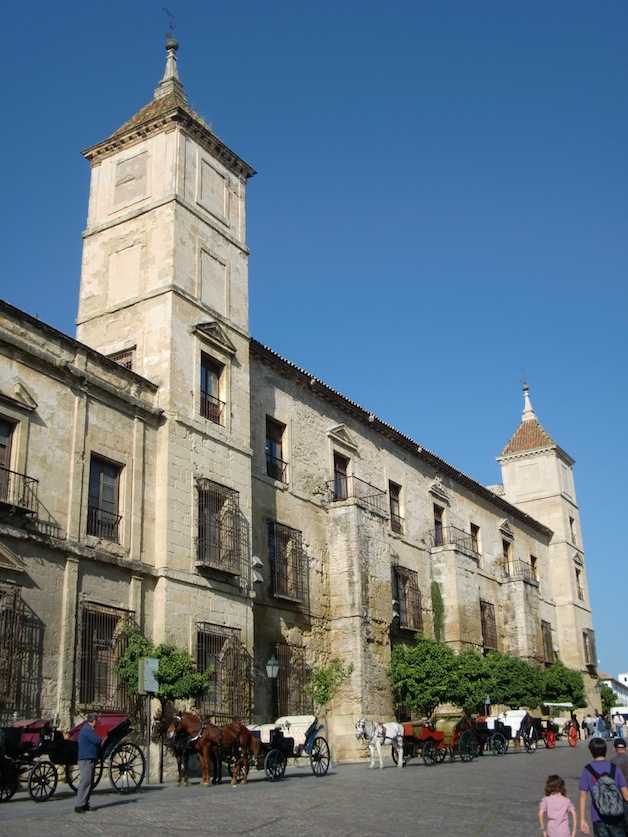 Once the sun has set, EME Catedral Hotel’s roof top terrace is one of the best places to enjoy close up views of the cathedral and also mingle with the sevillanos. As a contrast I recommend visiting the Metropol Parasol, an impressive umbrella-like building on La Encarnación square designed by German architect Jürgen Mayer and finished in 2011. Its terrace roof offers another great vista point. 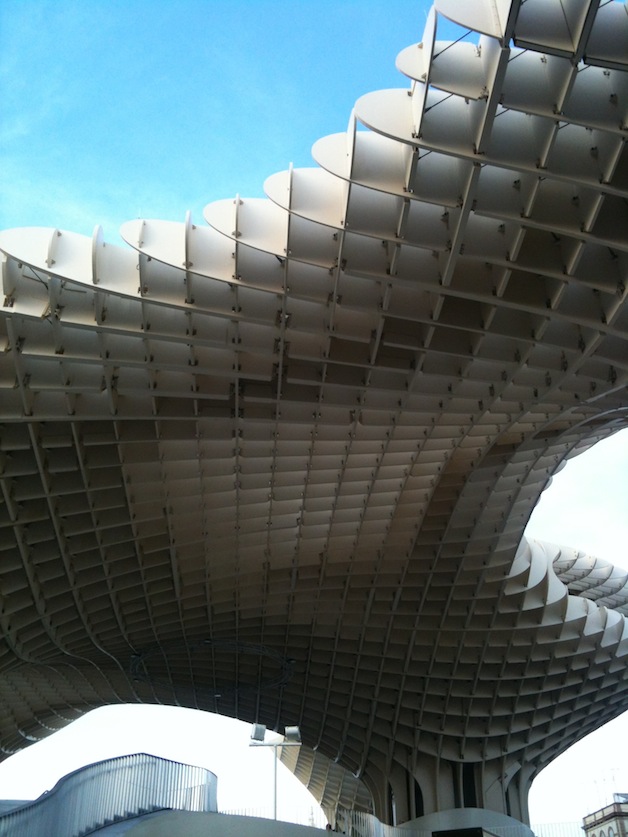 Do stay at Corral del Rey, which is tucked away close-by in small street by the same name. Spread over two buildings, this stylish little refuge is a quiet oasis with elegant design. It’s modern, yet distinctively Andalusian, elegantly combining European and Moorish design elements to reflect the region’s diverse history. 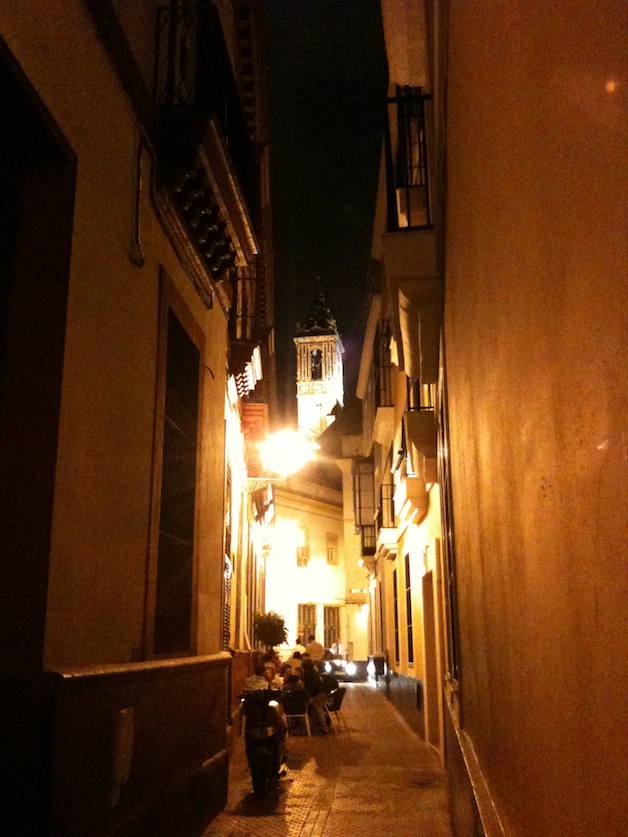 My personal Andalusian conquista ended here but I will definitely be back, there is so much more to be discovered…