my race through istanbul

The Turkish Formula 1 Grand Prix at Istanbul Park Circuit is one not to miss: one of only four counter-clockwise circuits, this track is not only nestled in the uneven topography of the Turkish countryside but also boasts the incredibly fast, quadruple apex corner 8, nicknamed Diabolica and by many drivers considered one of the trickiest corners in the entire F1.

The track itself was once called “the best race track in the world” by F1 impresario Bernie Ecclestone. I was curious to see whether Lewis Hamilton would continue his streak in Istanbul, where he won in 2010 or whether reigning world champion Sebastian Vettel would add a third victory in the season’s fourth race to his impressive record (it was Hamilton who denied him the hat-trick by winning two weeks ago in Malaysia as well). 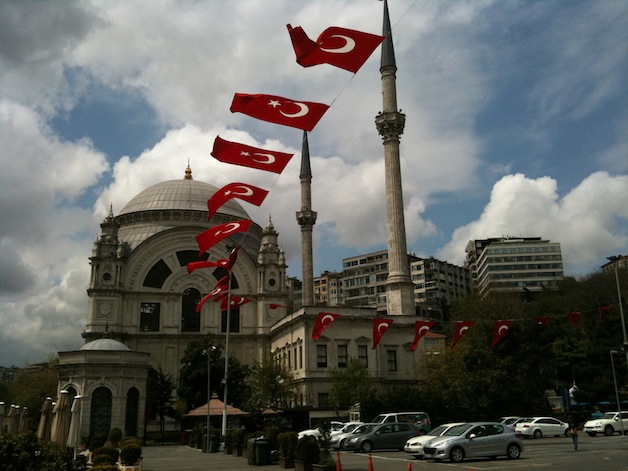 My weekend began itself with a pit stop: shortly after leaving the airport my taxi driver suddenly pulled over and turned back to let me know we were now changing drivers. Another driver appeared out of nowhere, took the wheel and, probably inspired by the upcoming Grand Prix, seemed eager to qualify for pole position by making it to the W Istanbul in record time. It was the middle of the night and the roads were empty: a rare occasion in traffic-ridden Istanbul. After going up a one-way street with around 80 km/h I put my seat belt on and as he accelerated into an empty tunnel cutting from the left to the right lane and back to perfectly capture the apex my knuckles started turning white from the grip of the handle. The speedometer read 137.

The W Istanbul opened as the first of its brand in Europe in 2008. A bit of an experiment, it was the centerpiece of the redevelopment of the until then rather uninspiring Akaretler neighborhood, which has since become a hip neighborhood filled with art shops, galleries and trendy cafes while at the same time maintaining its residential character. Turkish design brand Autoban’s first concept store is the latest addition to the neighborhood and is located right opposite the hotel. 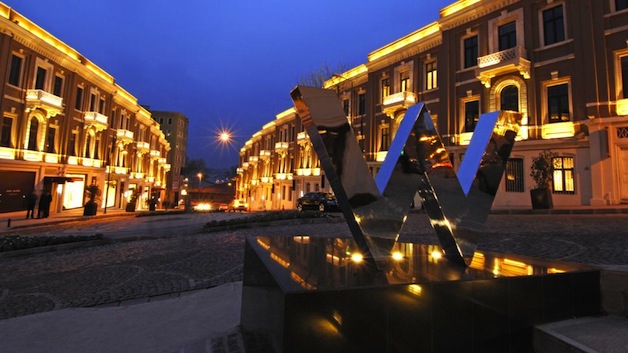 Walking distance up the hill is the Nisantasi fashion district with boutiques from Armani to Zegna. The Bosphorus, the famous strait not only dividing Istanbul in two simple halves like the Danube cutting through Budapest, but marking the border between two continents is just a (historic) stone’s throw away. Unlike any other W Hotels the stones here date back to the Ottoman Empire: the Akaretler Row Houses, in which the hotel is located, were commissioned in 1875 under the reign of Sultan Abdulaziz as living quarters for high ranking officers of the nearby Dolmabahce Palace.

Breakfast in Europe, lunch in Asia, dinner in Europe – my race between the continents

After breakfast at the W, while the qualifying heat was on at Istanbul Park Circuit, I headed down to the historic and equally majestic 19th century Dolmabahce Palace for a tour through Ottoman opulence before taking a ferry across the Bosphorus to Asia.

A short stint by taxi from the ferry station lies Sumahan literally – as its sub line suggests – ‘on the water’ and I pit stop for lunch. Offering amazing views over the Turkish version of the Golden Gate Bridge spanning the continents and in the far distance the Blue Mosque and Hagia Sofia, Istanbul’s most famous sights, this little gem leads the race for the often talked about un-paralleled views. And just when I thought it couldn’t get any better, the divine ‘Sumahan Baklava’ signature dessert, served warm with vanilla ice cream topped it all. 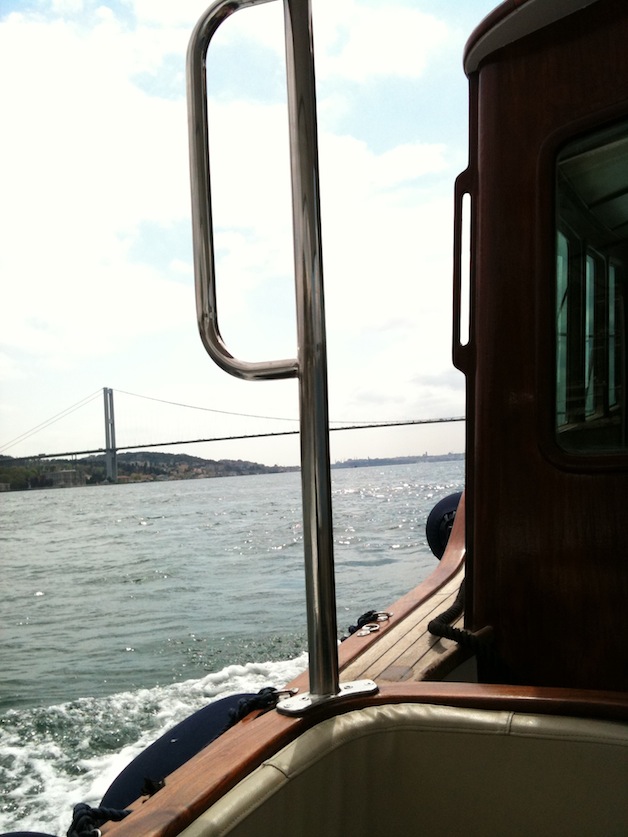 Courtesy of Sumahan’s beautiful and powerful shuttle boat I am whisked back across the Bosphorus to Europe, where yet again I pit stop, this time for coffee on the Four Seasons Hotel Istanbul at the Bosphorus’ fantastic, elegant and spacious terrace. 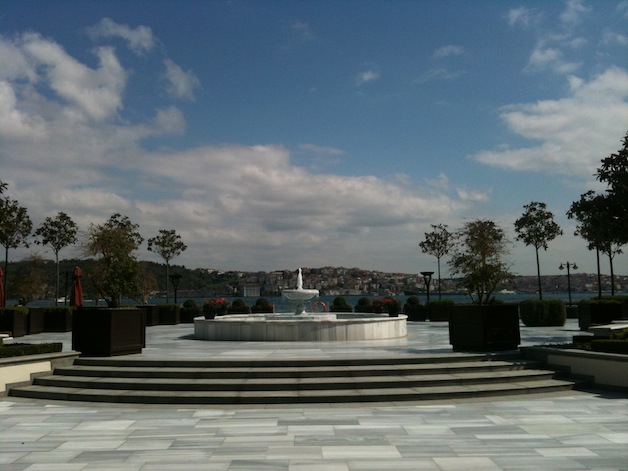 After a few hours of Sweat, the W’s accurately named gym, nearby Vogue is the place for dinner: located on the top floor of an office building with again stunning views over Istanbul and the Bosphorus it serves modern interpretations of traditional Turkish cuisine. 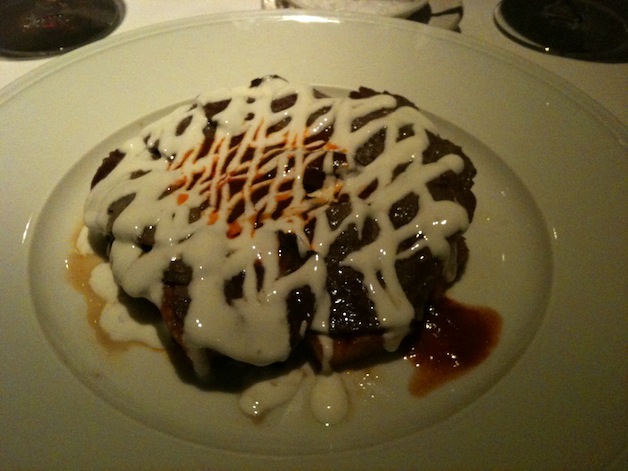 After dinner the W strikes yet again with its Lounge, where fabulous resident DJs attract an even more fabulous crowd of locals and international guests. It’s already late night but we’re far from the finishing line so it’s time to refuel for a few more laps: Istanbul nights are fast paced so keep up your traction control system and make sure your KERS is fully charged for the last part of the race: Reina, the ‘Pearl of the Bosphorus’ just below the bridge is the place to be. A gigantic multilevel open-air nightclub, it’s Istanbul’s own Paddock Club where the checkered flag isn’t waved until after sunrise. 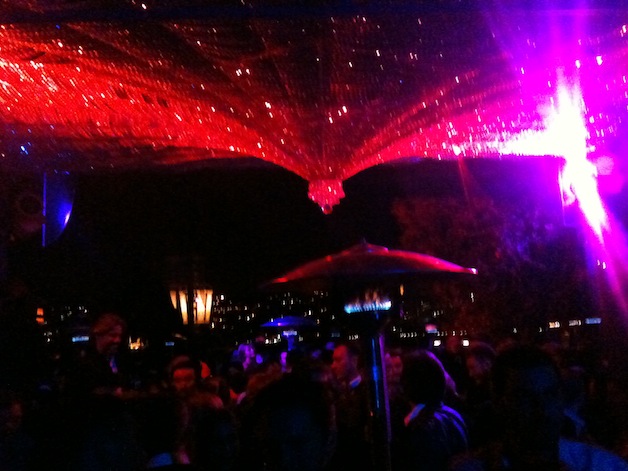 Oh, and yes, apart from my personal race through Istanbul there was an F1 race the next day, too. Exciting to the end, with more pit stops then ever before, a phenomenal 1-2 win for Red Bull Racing’s Sebastian Vettel and Mark Webber and lots of beautiful people around the Paddock. 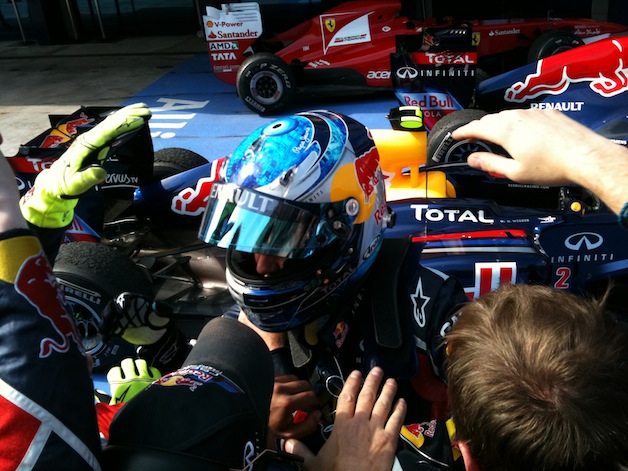 A fantastic event, but you don’t have to wait until next year to experience it: Istanbul itself is exciting and fantastic, you can get F1 action in a taxicab and beautiful people in the city’s countless bars, restaurants and clubs. Istanbul is a phenomenal destination so get ready, start your engine and go!