Who could resist an invite to watch the 27th St. Moritz Polo World Cup – on snow? So off I went to the elegant village in the Swiss Alps, located 1800 meters above sea level, ready for an action-packed weekend in one of the most glamorous capitals of the world.

With its stunning backdrop of Piz Mezdi, there is no better place for a Polo tournament on snow. The St. Moritz Polo World Cup on Snow has become the most prestigious winter polo tournament since it’s launch in 1984. 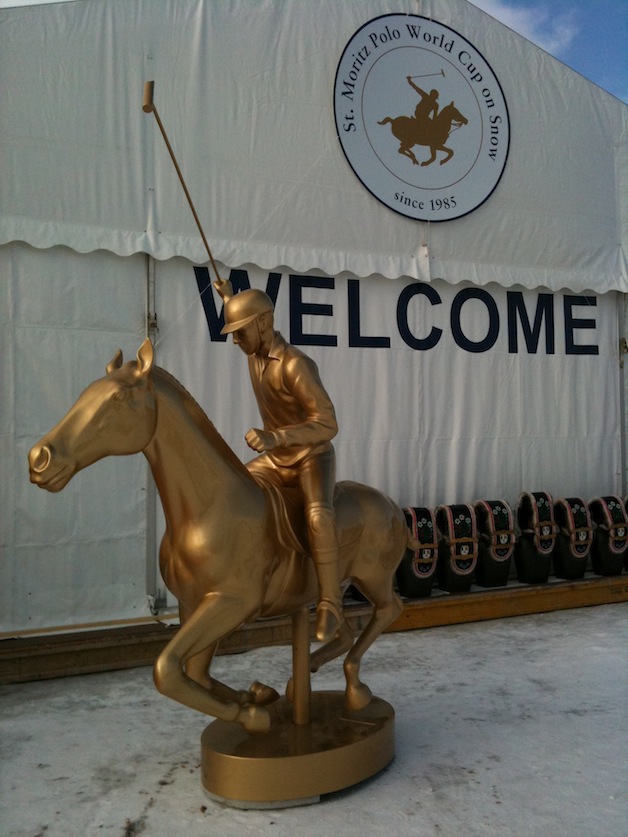 Running in its 27th year, the event has been reconfigured as a Nations Cup this year, with teams from France, England, Germany and Switzerland battling for the coveted Trophy, much to the delight of over 15,000 spectators. Set on the frozen surface of Lake St. Moritz, the tournament is four days long.  In between the games, crowds gathered in the heated, Engadine style interior-designed VIP tent where Confiserie Sprüngli’s amazing hot chocolate competed with Louis Roederer’s free flowing champagne.

The climax was the final game on Sunday. Although Team Germany was already out of the race for first place by losing to England on Saturday, I was looking forward to the much anticipated final. 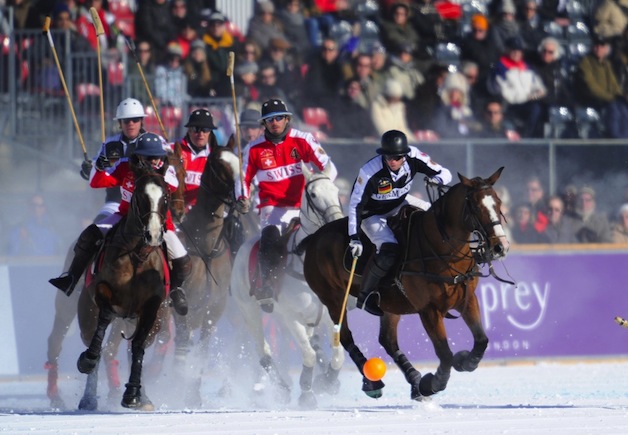 The first thing I heard on Sunday morning was a sweet voice, the voice of my wake up call at the Carlton Hotel. With it’s Carlo Rampazzi interpretation of a Tsar’s palace, the Carlton is a fresh and funky alternative to the traditional grand dames of St. Moritz.  It recently underwent a full renovation, equipping it with state-of-the-art technology and a magnificent Spa. With every modern amenity available, my favourite part of the hotel however remains the historic Belle Etage with it’s wonderful parquet gently cracking under your feet to remind you of its 80+ years history. While it was tempting to relax by the the hall’s gigantic fireplace, it was time to get the day started. I left it to the hotel’s Mercedes S-Class limousine to chauffeur me down to the lake. 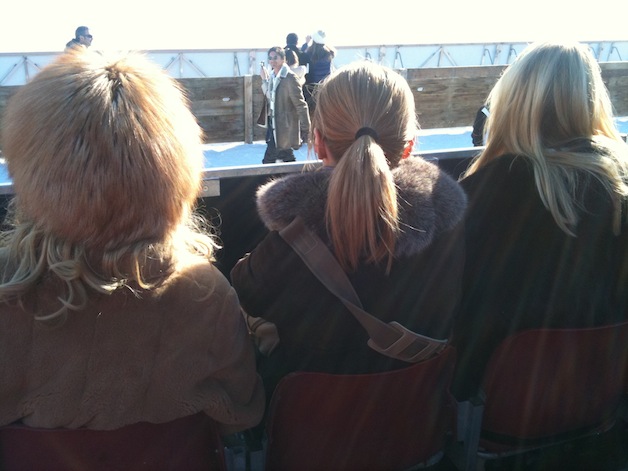 It’s a beautifully sunny day but there is a crisp chill in the air as i settle on the grand stand, wrapped in a plushy blanket that has been provided. The snow on the pitch sparkles in the sun as the teams enter the pitch for what promises to be an action-filled final between France and England. Indeed it is a gripping match, with prominent displays of all of the sport’s qualities: strength, elegance, speed, drama and action, combined with beautifully groomed horses. In the end it was the French team who claimed victory by one goal while Switzerland came third before Germany in the semi finals earlier. 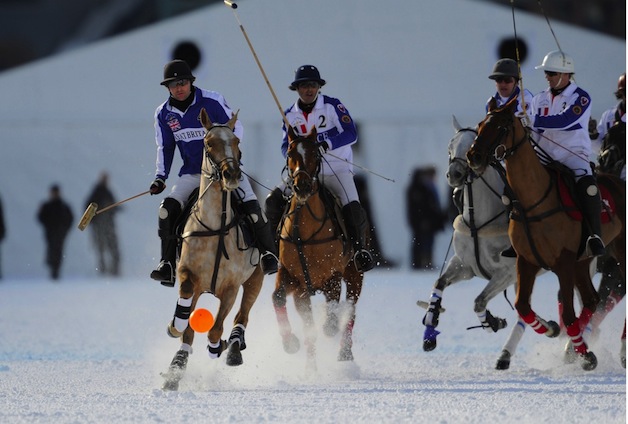 After the final, I headed back to the VIP tent for high tea, hot chocolate and champagne.

When I returned to the Carlton later that afternoon I decided a little exercise would be in order, so I headed to the hotel’s elegant 2’000 square meter Spa. 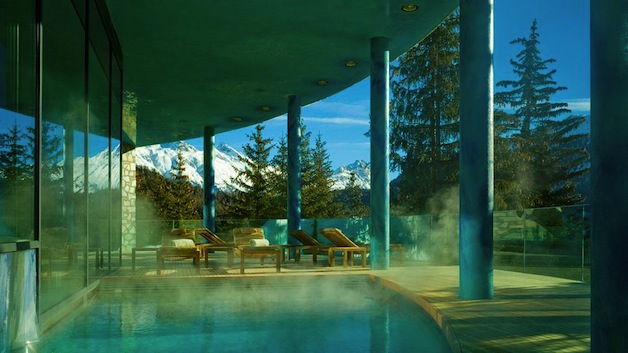 The heated outdoor pool and its fabulous views of the Alps was a perfect ending to the weekend’s festivities.