the sound of the waves

Arriving at Réunion’s Roland Garros International Airport is a bit like arriving in Nice: you descend over the sea, you only see the runway appearing beneath you moments before touchdown, as a European you only need an ID card to pass border control, flight connections displayed in the terminal are mainly Air France to Marseille and Paris, posters advertise helicopter transfers and there is a steep mountain backdrop – although here it is an active volcano instead of the Alps. All in all: the same jovial atmosphere than at the slightly provincial (no offence) South of France airport. 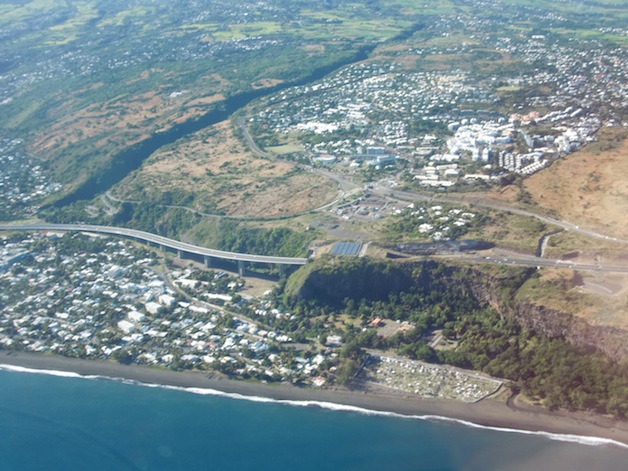 In the taxi to the Grand Hotel du Lagon we pass patisseries, epiceries, boulangeries and pharmacies with flashing green neon signs, accompanied by sad chansons of Edith Piaf coming from the cab’s croaking radio. If my driver had told me we’re in the South of France I would have believed him, however, we’re in the middle of the Indian Ocean, more than 8600 kilometers away from Nice. 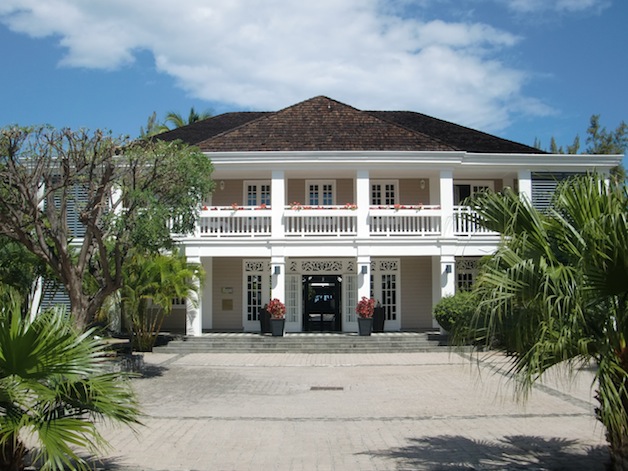 Suddenly he points out a Kentucky Fried Chicken, but I cannot make out whether his gesture is with admiration or contempt. Personally, I am much more interested in the local cuisine. In 2001, while living in Guadeloupe, another of the five French overseas departments, I first encountered the rafinesses of the Creole cuisine. So instead of Kentucky Fried Chicken I headed straight to Clapotis, the hotel’s wooden decked beachside restaurant. Lulled by the gentle song of filao trees and the sea breezes, chef Henry prepares a variety of the island’s traditional cari dishes in his open kitchen. Guests can pick and choose whichever tickles their taste buds the most. My recommendation is his phenomenal spicy sausage rougail, Réunion’s much-acclaimed specialty. 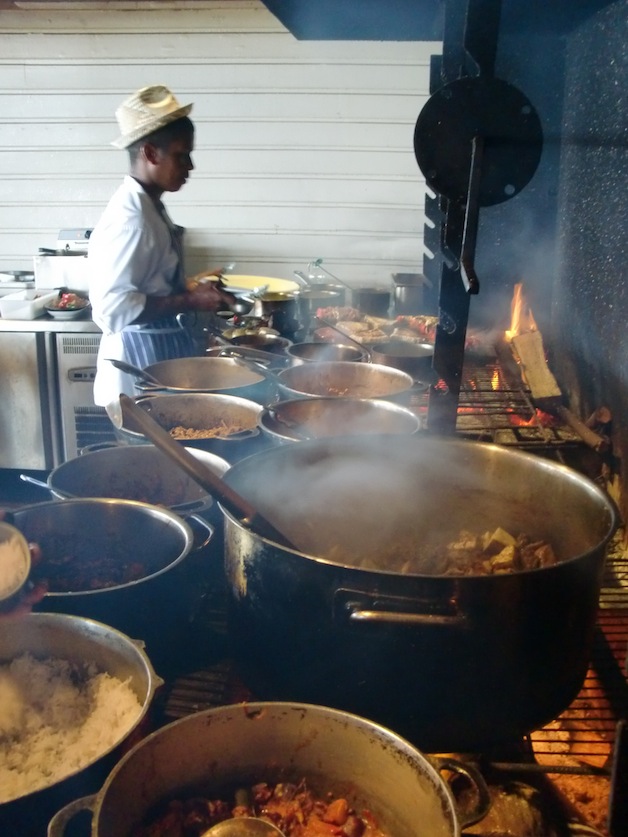 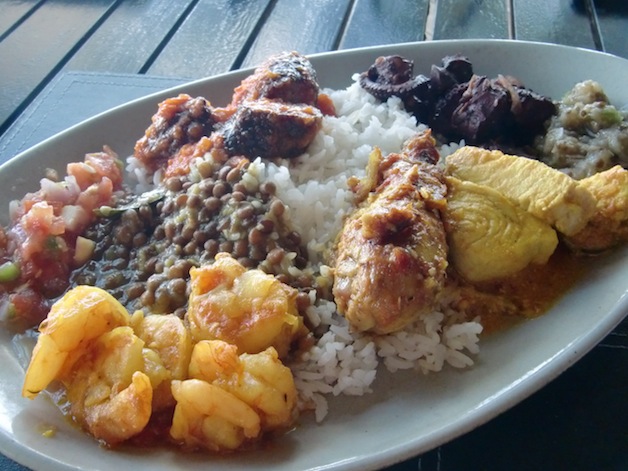 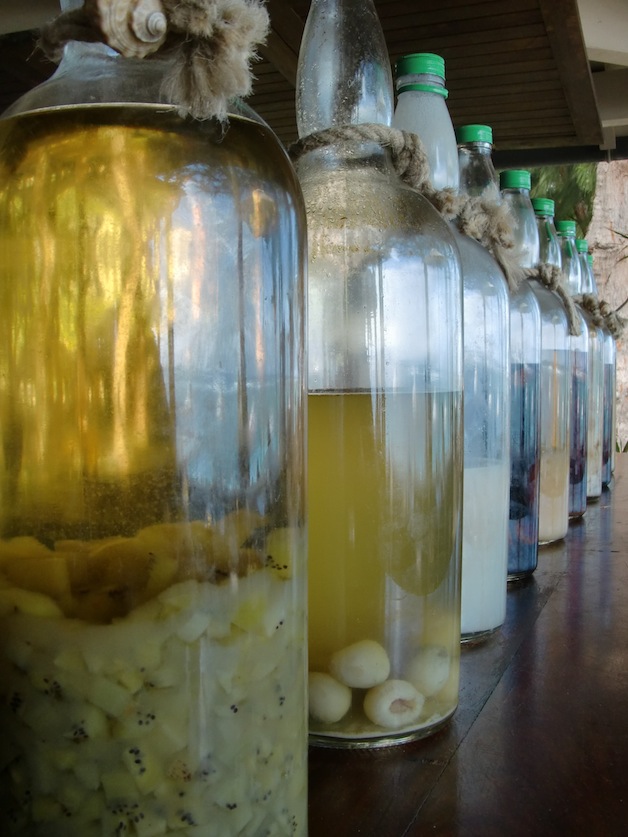 He shared the recipe with me and while the dish is not too difficult to recreate, it’s the atmosphere at Clapotis (which translates roughly as ‘the sound of the waves’) which is impossible to copy – particularly as every meal ends with one of over 25 varieties of locally blended spiced rum

Recipe for Rougail Saucisse for 6 people 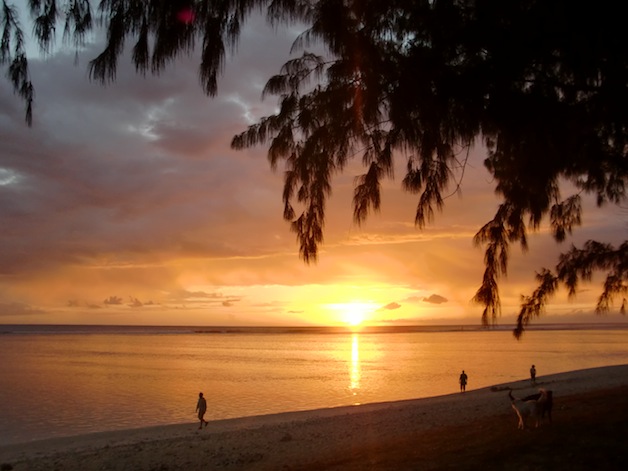 Nota bene: the Grand Hotel du Lagon was rebranded in December 2011 and is now known as LUX* Ile de La Réunion. Subsequently, Clapotis was also renamed. The recipe, however, will hopefully still be used.