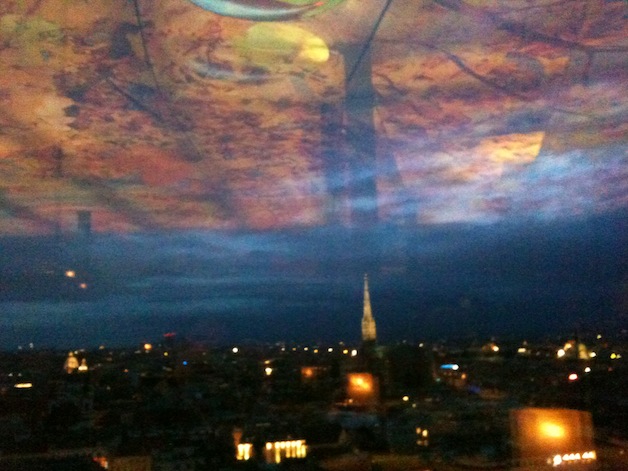 The Wiener Walzer or Viennese waltz is certainly the most Austrian of all dances. It’s also the opening dance at the annual Vienna Opera Ball, held at the prestigious Vienna State Opera. The ball marks the pinnacle of the Austrian capital’s social calendar as 180 dance school debutants dance the legendary three quarter time tempo on center stage in front of 12’000 international guests.

On another stage, one that is equally traditionally coined, a very different dancer recently made his debut, impressing with radically new moves: the Sofitel Vienna Stephansdom, designed by French architect Jean Nouvel is a break-dancing act in the waltzing capital.

Compared to the opulently decorated, century old hospitality grand dames, such as the legendary Hotel Imperial, the six-month-young Sofitel features a less-is-more-philosophy and a ‘non-color’ dominated leitmotif: all rooms are designed in either grey, white or black.  Instead of stucco ceilings, baroque pillars and gold, the Sofitel boasts black lacquered walls, granite floors and – to add at least some color – mesmerizing luminous ceilings created by contemporary Swiss artist Pipilotti Rist: illuminated LSD flashbacks in vivid blue, orange and green, dotted with LED screens featuring eclectically composed videos; a striking contrast to the building’s achromatic transparency. 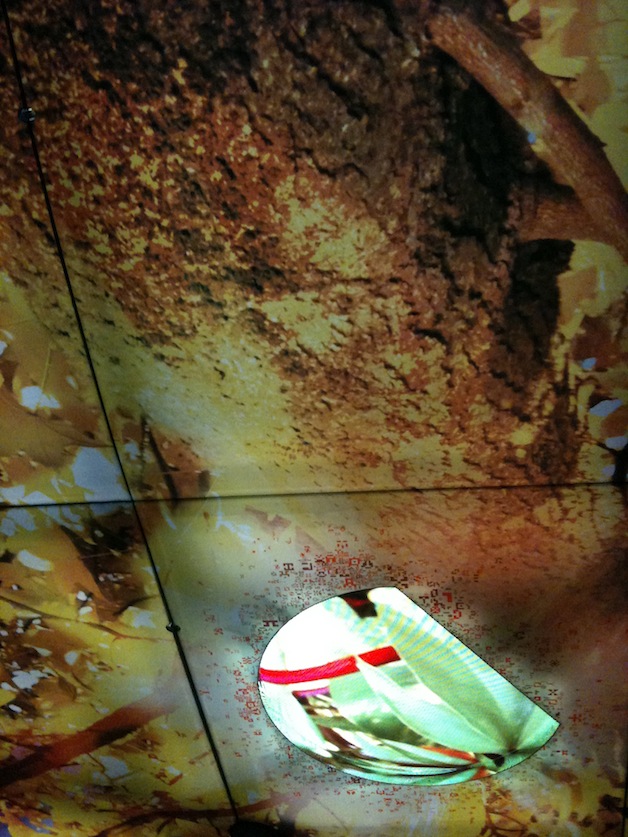 General Manager William Haandrikman properly describes his property as an “artwork” which, he admits, some Viennese need time getting used to. Not only because of the distinct minimalist architecture but because details such as being greeted with the Sofitel-typical ‘Bonjour’ causes raised eyebrows among the locals.

At Le Loft, dramatically located on the 18th floor, with 360 degree views over Vienna, you’re literally dancing with the stars and once again the ceiling creates a stunning contrast: an energetic cancan of brilliant colors. Meanwhile, the sunset behind the Stephansdom turns the sky orange and once the sun has disappeared entirely, inside becomes outside as the ceiling lights start mirroring in the eternity of the dark Austrian sky. The emotions, both culinary and visual, left me lost for words and I turned to the Bar, dominating the middle of Le Loft, for a final tango before retiring to my room. 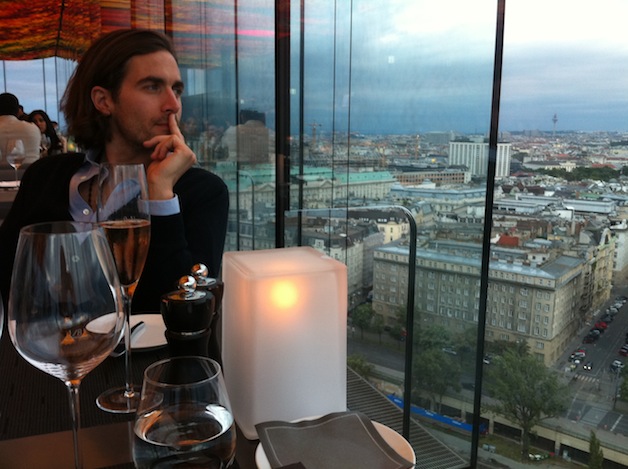 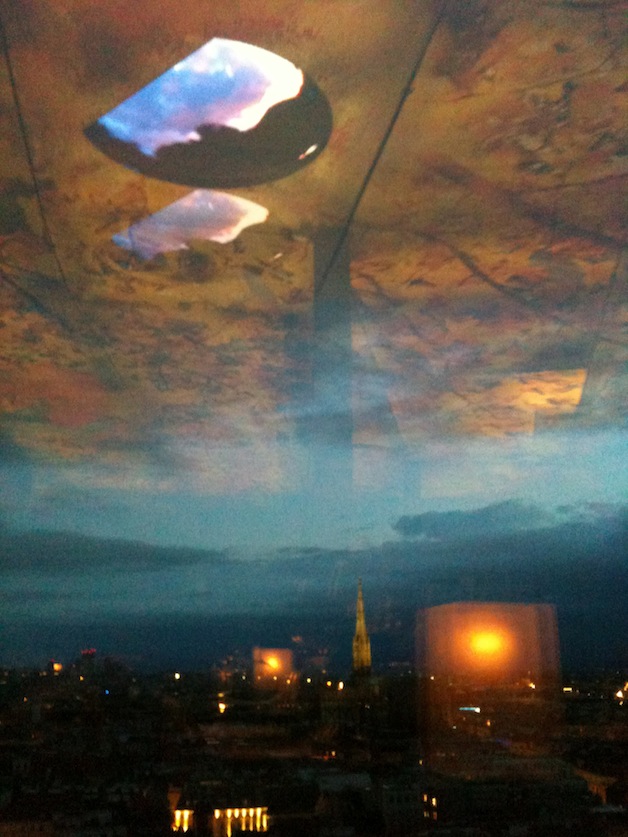 Vienna is magnifique and from my room on the 16th floor I have the entire city at my feet. Still, the next day I descend into town for lunch at Vienna’s most famous sausage stall, Bitzinger on Albertinaplatz, just behind the Opera. It’s a hot spot frequented by the bourgeois and haute monde alike, all queuing for a cheese filled Käsekrainer bratwurst.

It’s also conveniently located next to the wonderful Hotel Sacher, where I will stop for two things: a dessert in the form of the delicious trademark Sacher cake, followed by a stroll through the hotel’s history-oozing, opulently ornate salons.

As much as I like break-dance, it’s time for a waltz.